The complexity of data is increasing. More types of data are needing to be included in business analytics for a company to best understand its place in a market. Business data is no longer the traditional structured type that comes from ERP and CRM applications. To remain competitive, the SMB must include unstructured data from POS systems, Social Media and other sources. 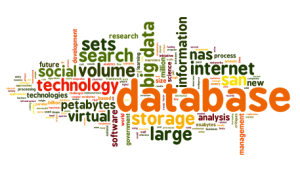 This increased complexity increases the already stretched ability of the Small and Medium size business to handle Data backup and recovery. The Spicework’s Voice of IT report says that “…while over half (55%) of respondents believe their company’s spend is sufficient, 30% believe it’s less than sufficient. So what’s getting the “backup” treatment? Not surprisingly, the majority (67%) of SMBs back up highly sensitive data. But, this is only slightly more than the 60% backing up moderately sensitive data. Nearly 40% of respondents back up low sensitivity data.”

An offshoot of the new data requirements and example of increased complexity is NoSQL, also referred to as Not Only SQL. NoSQL  is a database design that’s used for very large sets of data, also called Big Data.

A Search Data Management post states “Arguably, the most popular NoSQL database is Apache Cassandra. Cassandra, which was once Facebook’s proprietary database, was released as open source in 2008. Other NoSQL implementations include SimpleDB, Google BigTable, Apache Hadoop, MapReduce, MemcacheDB, and Voldemort.”  “NoSQL is often mentioned in conjunction with other big data tools such as massive parallel processing, columnar-based databases and Database-as-a-Service (DaaS).”

The SMB has limited budget and Data Backup know-how. Their market has become global, while data has increased in complexity. And, nothing has reduced the need to provide protection against unplanned catastrophic events.

Where does the small and medium size business turn to develop and execute a data backup and recovery strategy – a strategy that will not reduce the company’s ability to compete, but, will increase its viability and sustainability.

Let’s look at the Salvus Cloud Management model. Salvus Data develops and remotely executes the SMB’s business critical backup strategy, while the SMB’s data remains within the network walls of the SMB.

With the Salvus Cloud Management Data Backup/Recovery solution, the SMB experiences the latest backup and monitoring solutions without the overhead and headaches to maintain it. In addition, the SMB has:

The Salvus Cloud Management centrally monitors and manages the SMB backup environments more cost-effectively and with increased service levels. Salvus Data Consultants manage the SMB backups. Salvus Data Consultants can assist the SMB in controlling costs and eliminate inefficiencies by aligning business unit priorities with IT capabilities, helping the business achieve the objectives that are essential for growth. For more information contact Salvus Data at 903-201-7233.